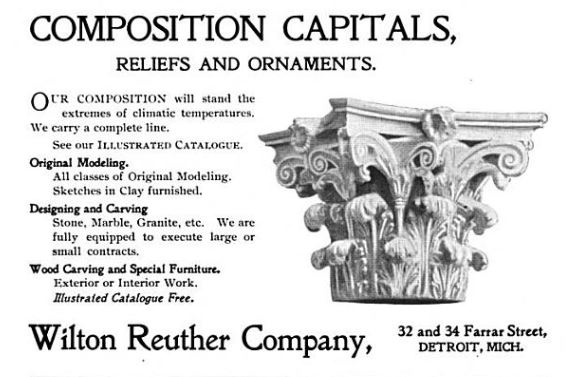 Richard Krakow (1858-1936) emigrated from Brandenburg, Germany around 1867 and was working as a woodcarver in Detroit by 1877. In addition to working as a carver, he was a stonecutter for Knapp & Avery, and from 1888-1898 worked for Reuther & Co. which became the short-lived Wilton-Reuther Company. By 1905 (and still associated with Richard Reuther), he worked simultaneously for the Florentine Art Company and the Architectural Contracting Company; in 1913 he established the Krakow Furniture Company. Krakow is buried in Elmwood Cemetery.