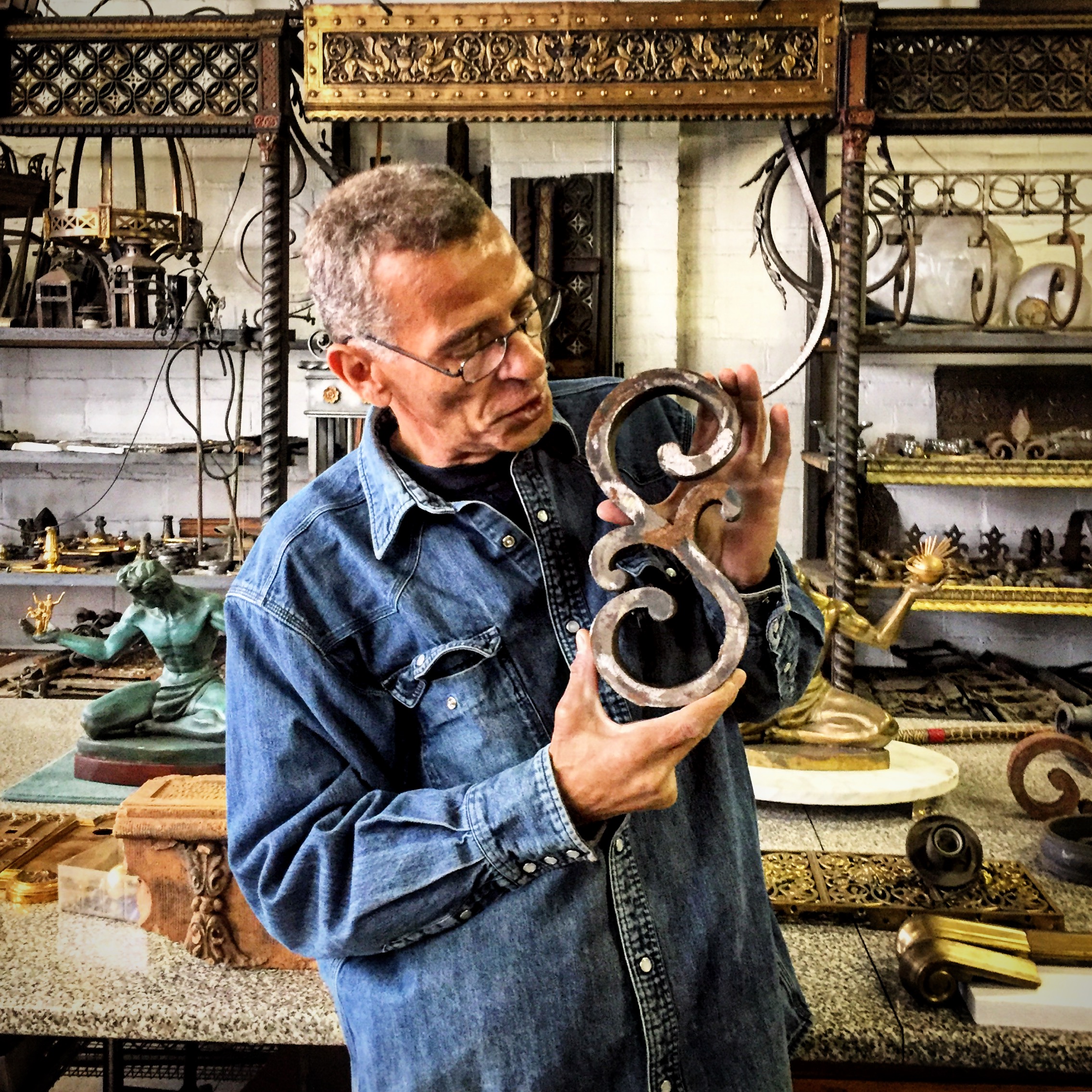 Saturday, October 17th was a beautiful, crisp fall day – the perfect setting for an open house studio event with Carl Nielbock at C.A.N. Art Handworks in Detroit. Nielbock, who was born in Germany where he learned metalworking as an apprentice at age fourteen, mesmerized all who attended with his descriptions of current projects, past restoration projects, and his views on the craft of architectural ornamentation. 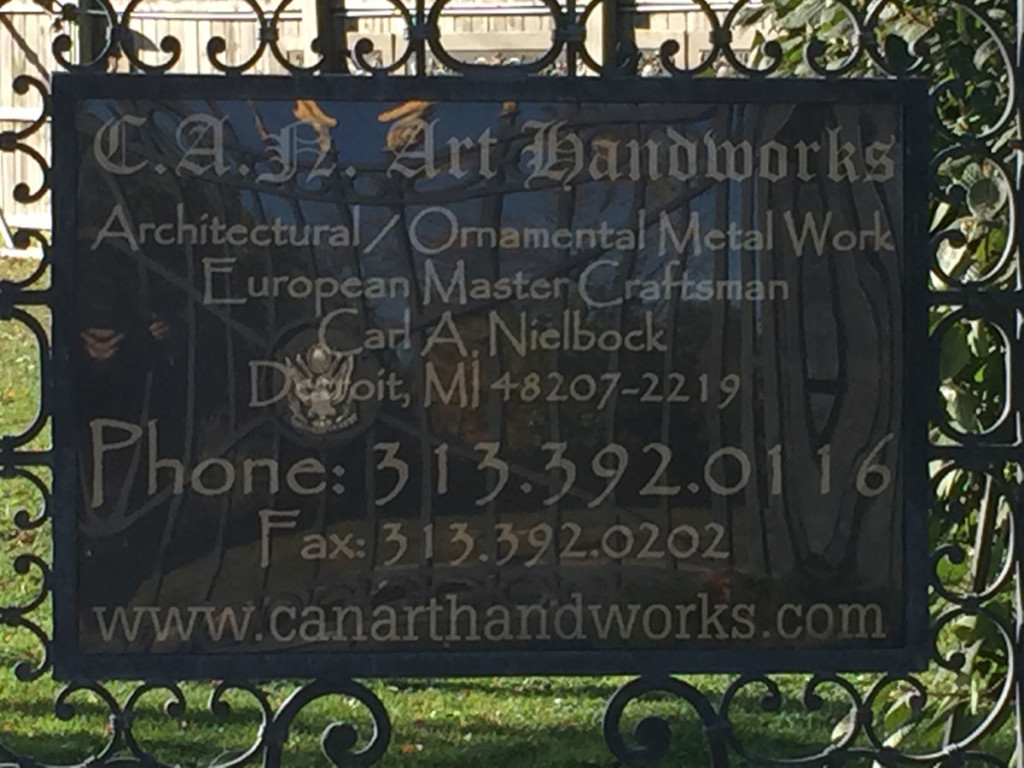 His studio space is filled with metal work – from remnants of railings and fences he has acquired from yard and junk sales, to bas relief panels salvaged from historic Detroit buildings. Amongst all of this are display panels with architectural drawings and historic photographs of projects he has worked on including the resurrection of the old Detroit City Hall’s clock tower and the four sculptures that adorned the building’s facade. He described the challenges of replicating old-world techniques (in the spirit of master metalworkers like Philadelphia’s Samuel Yellin) and adapting them to contemporary building codes. In addition to touring Nielbock’s studio space, we had the opportunity to view his work space and many of his metalworking tools as well as his outdoor “sculpture garden” where his Low Rise Wind Turbine and replica of the 1862 World’s Fair gate reside. 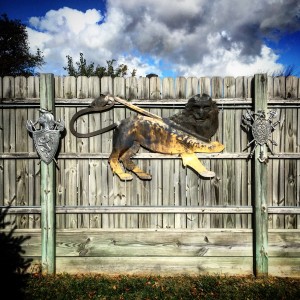 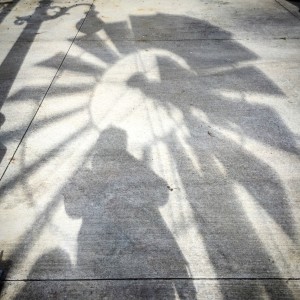 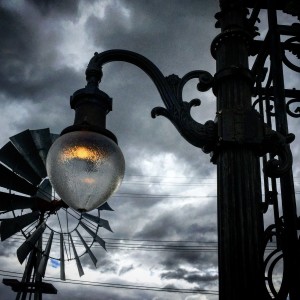 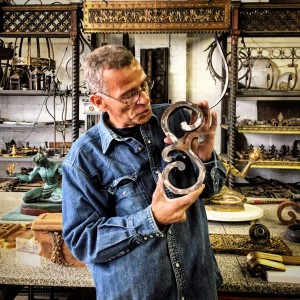 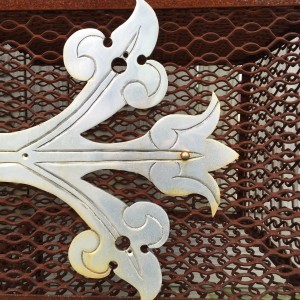 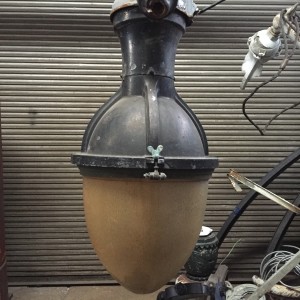 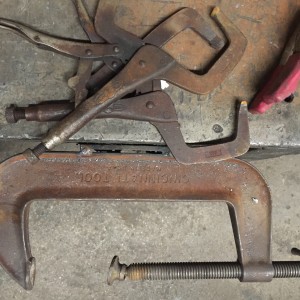 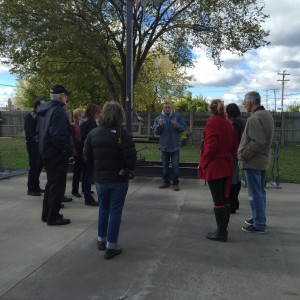 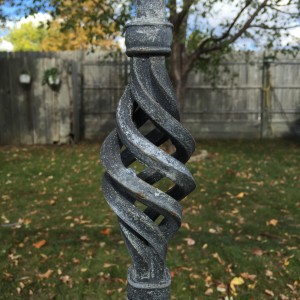 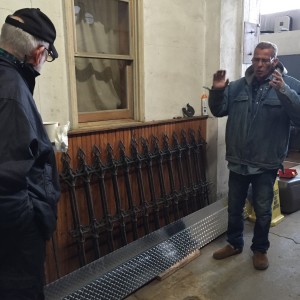 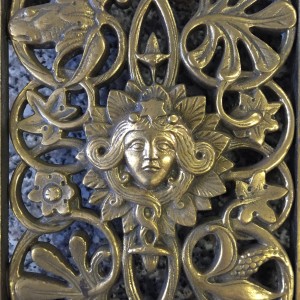 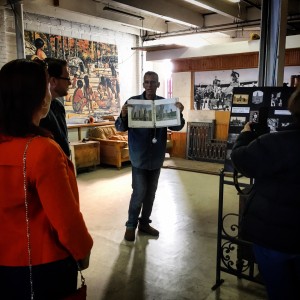 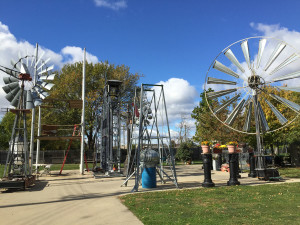 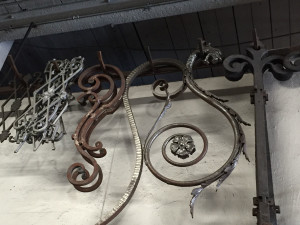 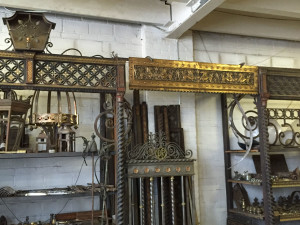 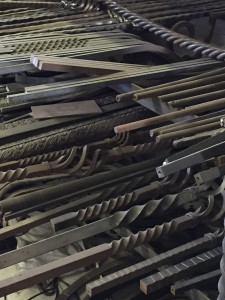 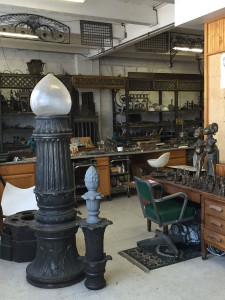 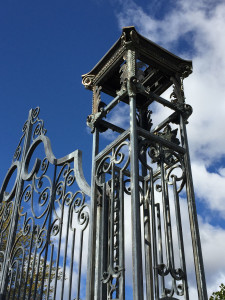