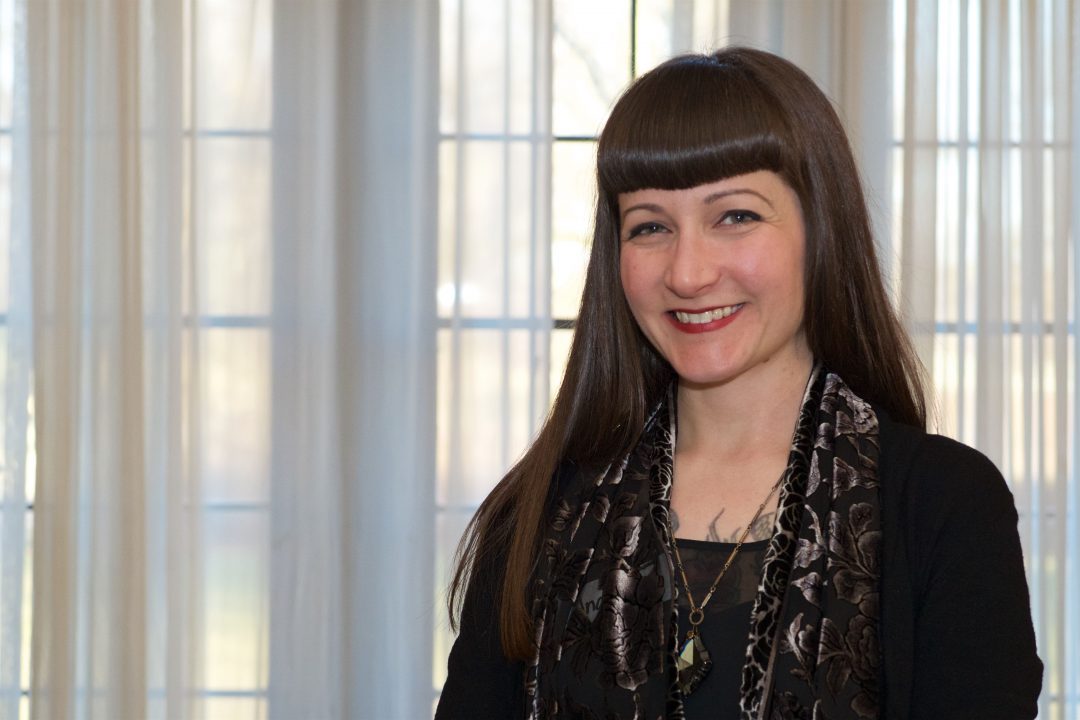 The end of March ushers in the beginning of spring, when old things return with fresh life. On March 22nd, the Parducci Society celebrated another rebirth, namely that of the Palmer Park Log Cabin, by awarding our inaugural Craftsman Award to Ms. Andrea Sevonty for her work on the log cabin’s stained-glass windows. 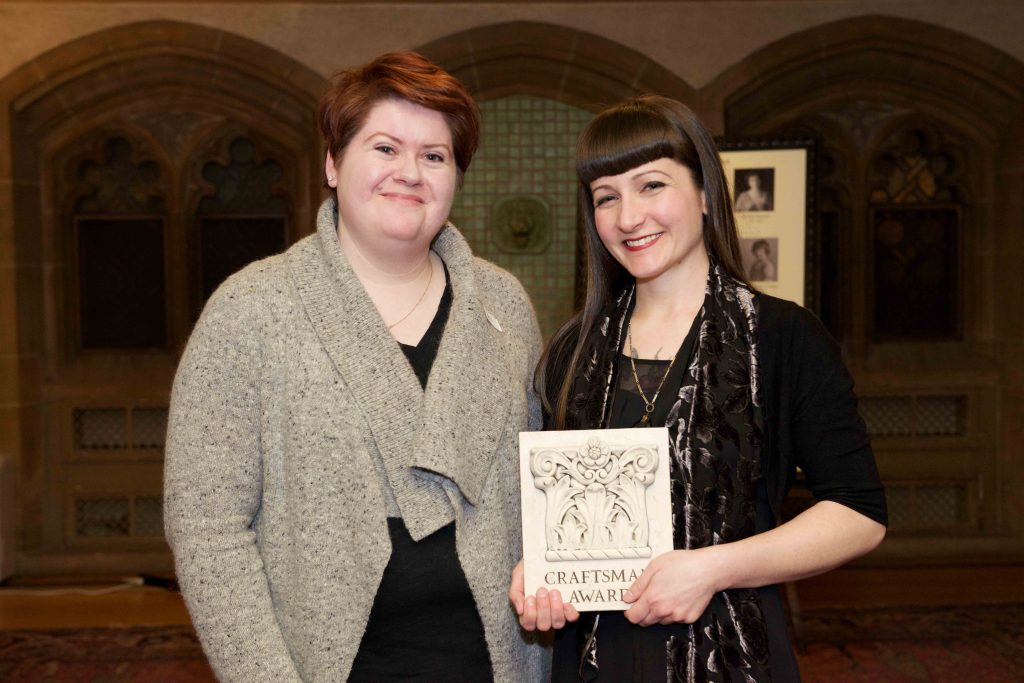 The Craftsman Award was presented as part of the Parducci Society’s 5th Annual Tribute Party, hosted by Meadow Brook Hall. While a string ensemble played dulcet renditions of Motown songs, visitors supped and sipped in the former estate of Matilda Dodge Wilson, where the handiwork of Corrado Parducci was on full display. With drinks in hand, guests were offered tours of Ms. Dodge Wilson’s Tudor Revival home, where Parducci’s plaster ceilings, friezes, and fireplace structures could be seen up close.

Prior to awarding the Craftsman Award to Ms. Sevonty, the Parducci Society screened a short film to attendants, which detailed the labor of love undertaken by Ms. Sevonty and the People for Palmer Park as they faithfully restored the stained-glass windows in Mrs. Lizzie Merrill Palmer’s log cabin, which was her summer home.

Completed in 1887, the Palmer Park Log Cabin was built by Thomas Palmer as a gift for his wife, Lizzie Merrill Palmer, who pined for a rustic retreat far from the hustle of Woodward Avenue. While other Detroiters passed the summer splashing in the Detroit River and watching baseball at the corner of Michigan and Trumbull, Mrs. Palmer absconded to her cabin, built from oak logs and stocked with antebellum décor, where she entertained international guests with items from Detroit’s pioneer beginnings, including a tin horn, which signaled suppertime. During the 20th century, Mrs. Palmer’s log cabin became a major tourist attraction until it was shuttered in 1979.

Subsequent decades were not kind to the cabin. In a parlor that once boasted antique handmade chairs for senators to sit in, a horde of raccoons had made a permanent residence. Efforts to restore the cabin began in 2012—more than three decades after the cabin’s abandonment.

“When we re-entered the cabin, the evidence of raccoons was intense. We had to sweep and vacuum for days,” said Mrs. Barbara Barefield, who serves as chair for the People for Palmer Park. “We could see the windows, which were cracked and broken and had layers of grime, but you could tell that the windows were gems.”

In order to close off the cabin, the People for Palmer Park knew the windows must be restored. Mrs. Barefield went to historic preservation and restoration sites, searching for Detroiters who specialize in stained-glass restoration. There, Mrs. Barefield saw Andrea Sevonty’s work.

“Barbara called me in 2013, and I almost didn’t take the phone call,” said Ms. Sevonty, who didn’t recognize the phone number calling. “Can you imagine if I hadn’t taken that phone call?” Ms. Sevonty has previously seen the log cabin on a bicycle tour of Palmer Park. “It definitely caught my eye. I never would have imagined that I’d be given the opportunity to help restore it, though.”

What happened next might be called an entrance exam: Ms. Sevonty went to Mrs. Barefield’s home to restore one of her own doors. “I started talking with Andrea and she got so excited about the project,” said Mrs. Barefield, “and that was before we had the grants and funding! I knew she was the person for the project.”

Next, Ms. Sevonty created one glass window in the style of the Palmer Park log cabin. She took the window to conferences and fundraising events to garner the money needed to recreate the stained-glass windows.

“It was tough working in there,” Ms. Sevonty recalled. “There’s no power and there’s still no running water.” Ms. Sevonty measured all of the windows and made full-sized tracings. “We laid down trace paper and rubbed crayon over the windows, like what you might see in an Indiana Jones movie. I took notes of everything that was missing. We were able to recreate the windows based on what had survived, but there were seven top windows that were completely gone.”

Ms. Sevonty cut hundreds of panes of glass that had to be the same size in order to fill in what was missing. “I was insistent that, as much as possible, whatever glass hadn’t been lost would stay in the windows.” As funding came in from MSHDA, Palmer Park took notice and began to help fund the project. After four years of fundraising efforts and glass cutting, Ms. Sevonty at last finished restoring the stained-glass windows in the Palmer Park Log Cabin.

“This is such an honor,” Ms. Sevonty said as she accepted the Craftsman Award. “Stained glass can be a labor of love, so to be recognized by the Parducci Society means a lot to me.”

The Parducci Society Craftsman Award recognizes a craftsman, tradesperson, or design professional who has made a lasting contribution to the vibrancy of architecture and the built environment in metro Detroit. The Parducci Society primarily looks at technique—the skills and processes employed, and the materials used—as well as the beauty of the design: how did it demonstrate creativity and contribute to the aesthetical and culture of Detroit’s build community? The award was designed by artist and tile-maker David Ellison. 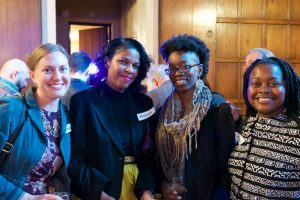 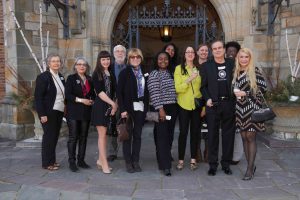 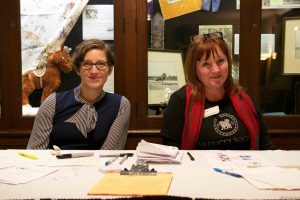 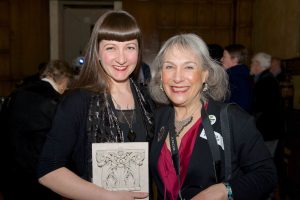 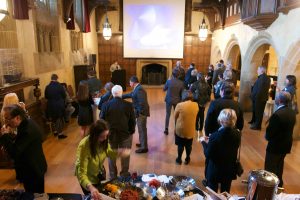 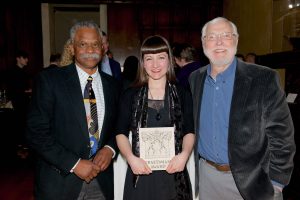 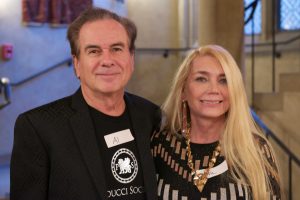 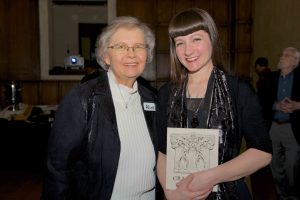 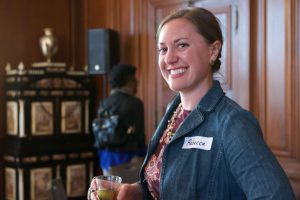 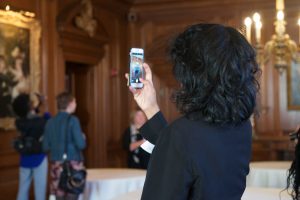 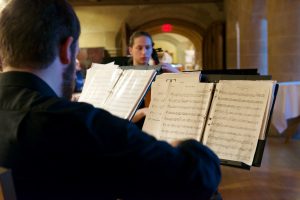