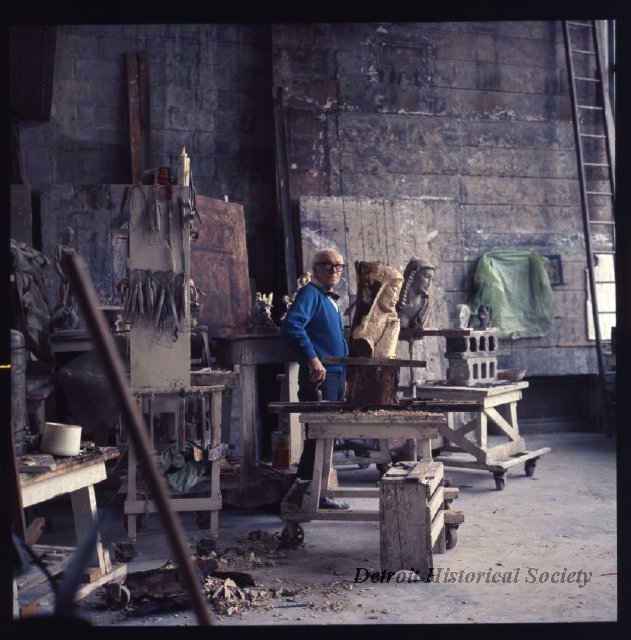 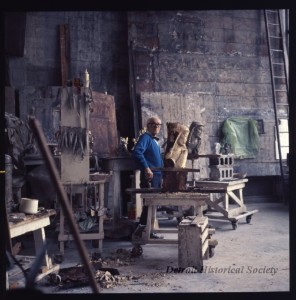 Corrado Parducci (1900-1981) was born in Buti, Italy and emigrated with his father to the U.S. in 1904, settling in New York. He began work with ornamental sculptors Ulysses A. Ricci and Anthony DiLorenzo. There, Albert Kahn saw his work and convinced DiLorenzo to send Parducci to Detroit to wok on his commissions. Parducci moved to Detroit in 1924 and opened the Parducci Studio. Parducci Society President, Jennifer Baross, and Detroit based film maker, Jack P. Johnson, are currently working on a documentary on Corrado. They expect the film to be completed towards the beginning of 2016. 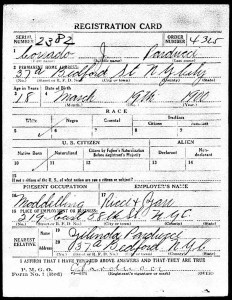