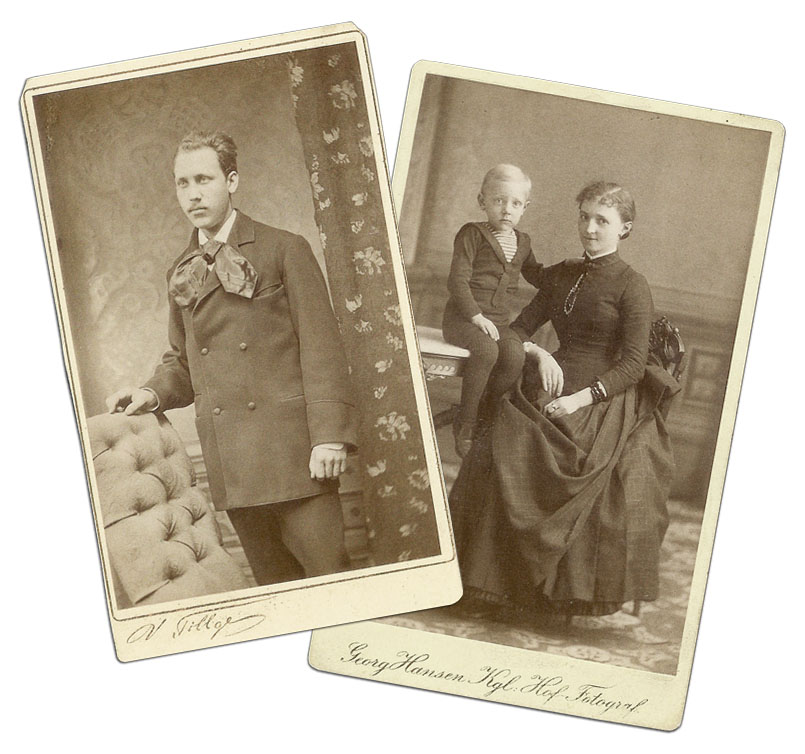 Alfred Frederick Nygard (1861-1941) emigrated from Denmark and settled first in Grand Rapids where he worked for different furniture companies as a woodcarver. In 1893, he relocated to Detroit with his family and established a sculpture business with Emil Marty and Ernst Mildner (1895-1898) before working on his own. Nygard was a member of the Scarab Club, exhibited in the Michigan Artists Exhibition at the Detroit Institute of Art, and taught modeling and sculpture at the Detroit School of Design. In 1908, he donated several architectural casts to the Detroit Institute of Art. Nygard returned to Grand Rapids in 1929 and resided in the Clark Memorial Home until his death in 1941. He is buried in Oakhill Cemetery. 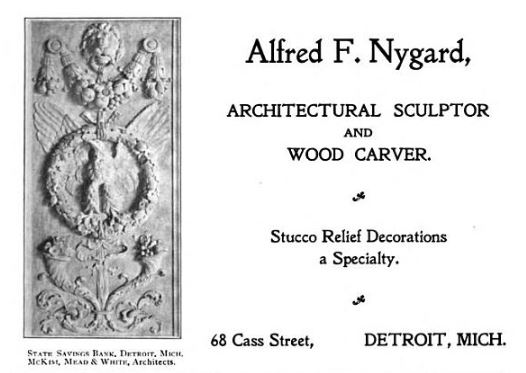 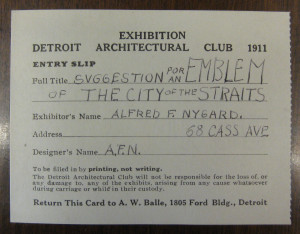